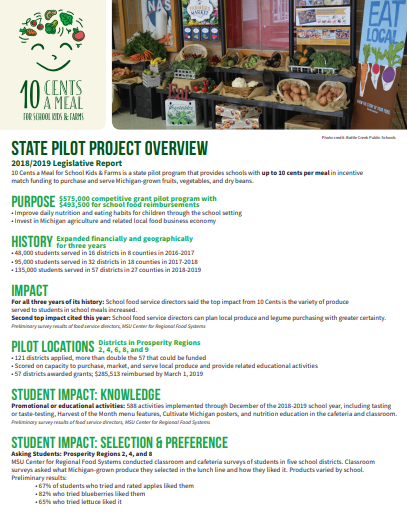 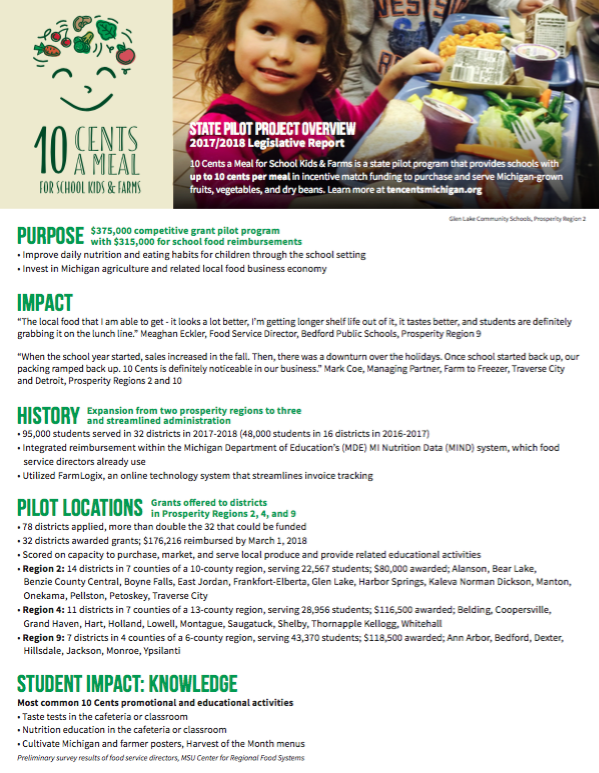 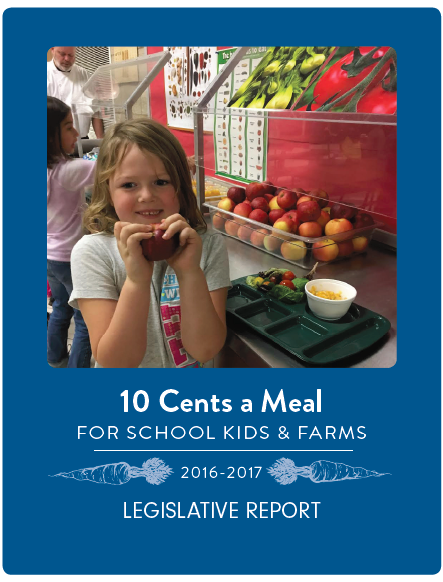 For a second year, 10 Cents a Meal is available statewide.

This year’s 229 grantees serve a total enrollment of nearly 554,000 children, spanning all 10 regions of the Michigan Association of Superintendents & Administrators and 55 of Michigan's 83 counties. Our grantees hail from communities stretching from SE Michigan to the Upper Peninsula. 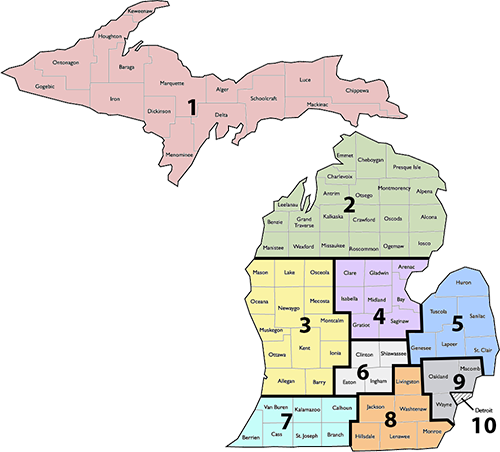 *Denotes location in the city of Detroit (MASA Region 10)

Governor Gretchen Whitmer signed the $17.1 billion K-12 budget into law in June 2021. The bill accounts for the largest single-year School Aid Fund budget ever passed by the state, which included funding for 10 Cents a Meal at $5 million, more than doubling the funding from $2 million in 2020-21.

The 229 grantees that were recently chosen by the Michigan Department of Education (MDE) for the current school year are an increase from 143 grantees for the 2020-21 school year. 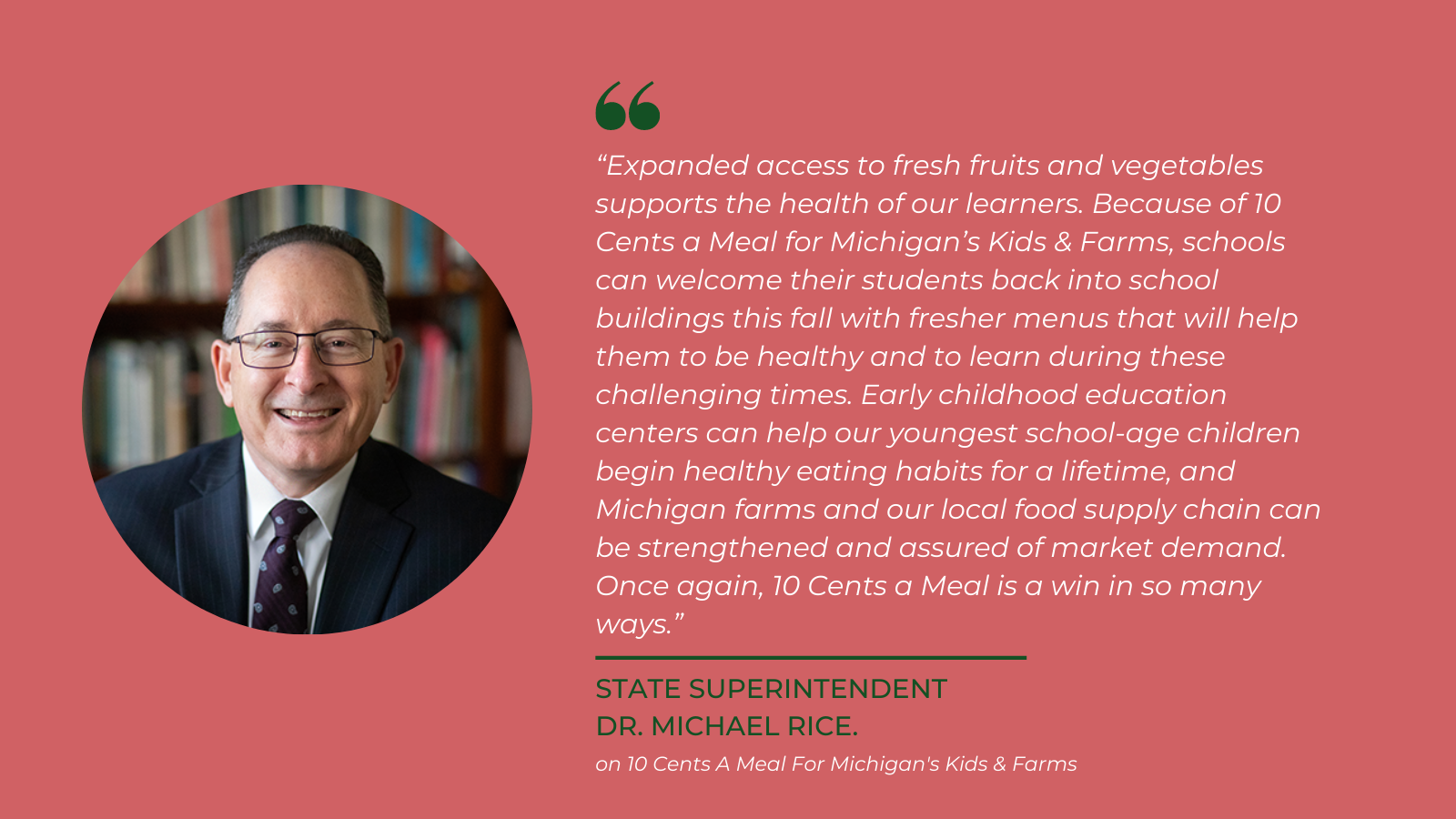