Thanks to the Michigan Legislature, schools in 29 counties of Michigan have just been notified of an opportunity to tap into state funds to show the difference a dime can make in their efforts to serve Michigan-grown fruits, vegetables and dry beans to students. 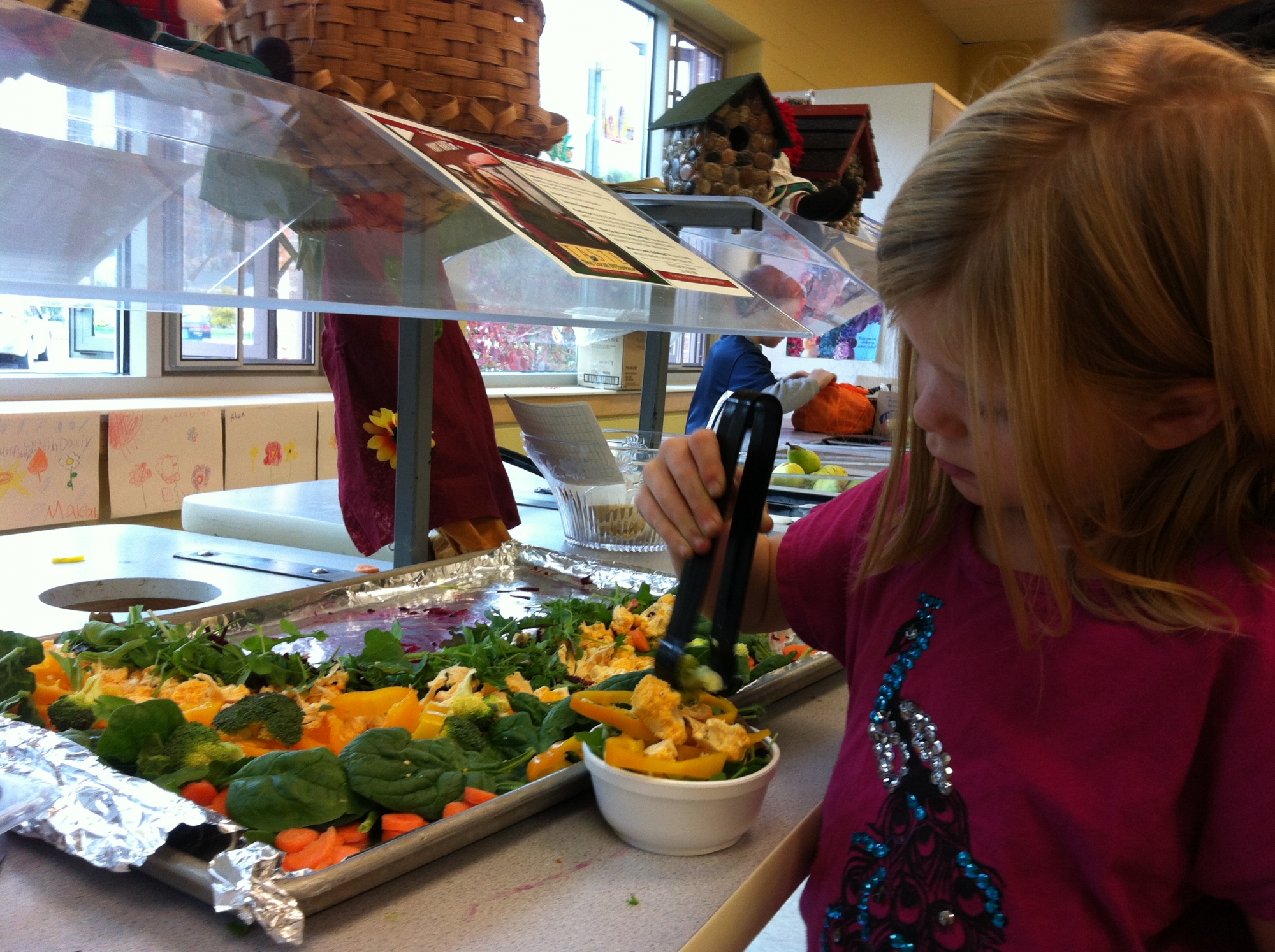 Michigan legislators expanded the popular 10 Cents a Meal for School Kids & Farms program from $250,000 in general funds last year to $375,000 for the upcoming school year; and added a third, six-county region in Washtenaw in southeast Michigan in which schools are eligible to apply for funds via competitive grants, the Michigan Department of Education (MDE) announced in a press release Thursday.

There is a quick, Aug. 28 deadline for the grant applications, which MDE announced to eligible schools also on Thursday. The incentive program is designed to provide fresh, locally-grown produce to students while investing in state agriculture.

The Michigan program—inspired by a program that originated in three counties in the Grand Traverse region, and that was coordinated by the Groundwork Center—provides grant-winning schools with up to 10 cents a meal in matching funds to purchase and serve locally grown fruits and vegetables.

State Sen. Darwin Booher, R-Evart, the original legislative champion of the program, said in the MDE press release that the results of the first year of the state pilot were compelling. Last school year, food service directors who served 48,000 students in the 16 grant-winning school districts provided nearly 50 different Michigan-grown fruits, vegetables and dry beans to their students.

“We hopefully will see an increase in the number of schools requesting the 10 Cents a Meal program,” Sen. Booher said. “I look forward to seeing this as a big part of our future in our state and in our schools. I’d like to feed 1.4 million kids fresh fruits and vegetables grown in the great state of Michigan. We want this to go statewide.”

State Rep. Larry Inman, R-Traverse City, also worked to make sure the program was continued. He wrote a letter to leadership in the House and to Governor Rick Snyder’s budget director, Al Pscholka: “This very minimal amount of funding makes a significant impact for healthy meals for students and markets for farms,” he wrote. “I believe this is an essential and important program.”

Michigan has gained recognition nationally for the 10 Cents program, which is one of a handful nationwide that provides incentive funding. It is also part of a national trend. In the last two years, more than 200 farm to school policies of various kinds have been proposed in the legislatures of the states and territories, according to Maximilian Merrill, policy director of the National Farm to School Network.

“Michigan once again has stepped up to the plate and has taken this great step forward, demonstrating its role as a national leader in the farm to school movement,” he said.

“This commitment to student nutrition and local economies by the Michigan legislature will not only ensure farm to school programs in Michigan will continue but it will also provide data and real world examples for other states to follow."

An MDE report to the Legislature, available at TenCentsMichigan.org, showed the program catalyzed sales for at least 86 different farms in 28 counties and 16 additional businesses such as processors and distributors. Food service directors named 30 new foods that they tried in meals. The report is filled with stories and quotes from food service directors, educators, farmers and other local food businesses such as distributors impacted by 10 Cents a Meal.

Dave Ruszel, food service director for Leland Public Schools, who participated in both the local and then the state pilot, said that having the funding for more than one year now has allowed his farm to school program to steadily grow. And, he’s seen changes in his students over that time. His middle school students now readily eat healthy food because they were exposed to his fresh, local meals and taste testings in elementary school, he said.

Colleen Johnson, food service director for Muskegon Public and Muskegon Heights Public Schools, was able to participate for the first time last year, when 10 Cents became a state program that included her region.

“When we used Michigan apples rather than Washington apples our consumption went up 60 percent,” she said. “They like them because they taste good. When we had peaches … at the elementary level they said, ‘What is this?’ Then they bite it and smell it and their faces light up. It was so much fun watching them.”

“You can imagine how much produce is going to be purchased in Michigan by all those schools when we get 10 cents across the board for all schools,” he said.

Farmers also say the program has had an impact on their business, and sometimes in more ways than one.

Andrea Romeyn of Providence Farm in Antrim County said she’s seen an increase in business not only with schools, but also with families because of 10 Cents and related programs.

“I’ve had more and more kids drag their parents over to my farmers market booth and request items like parsnips because they tried them in school,” she said.

Schools in Michigan Prosperity Regions 2, 4 and 9 can apply for the match incentive funds. In addition to 23 counties in west and northwest lower Michigan, six new counties have been added to the pilot in the Washtenaw region.

Resources that can help schools be most successful in applying for and utilizing the funds are on the Tools for Schools tab at TenCentsMichigan.org.

MDE receives support for this program from the Michigan Department of Agriculture and Rural Development, MSU Center for Regional Food Systems, Groundwork Center for Resilient Communities and Prosperity Region offices, which for the upcoming year are Networks Northwest, Grand Valley Metro Council and the Region 2 Planning Commission.