Building the Farm to School Momentum on Beaver Island 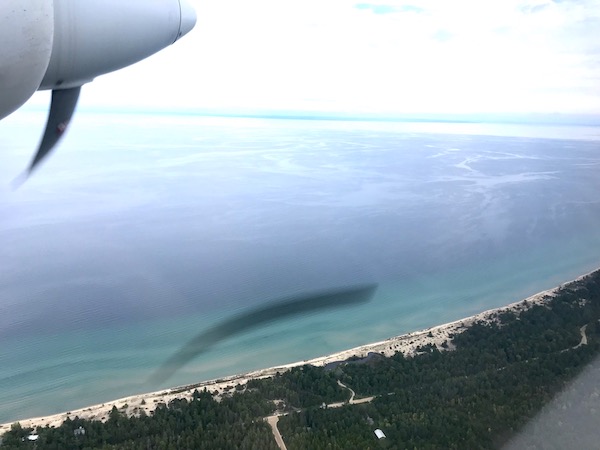 We celebrate Farm to School Month with a trip to Beaver Island Community School.

After a breathtaking, 15-minute flight over Lake Michigan and Beaver Island’s dense forest and spacious shoreline, I arrived at the Community School, and immediately the fast-paced orchestration of hospitality began.

I was there to talk with school staff about supporting their farm to school efforts. I sat in the waiting area before meeting with staff and watched as arrangements bounced in and out between Kerry and Jamie at the front desk and Wil the superintendent. They were wrangling rides for kids, deciding who would be doing what and when. The buzzing conversation said a lot about island life: logistics, logistics, logistics!

I also quickly realized that these folks really care about the students and their health and will go out of their way to build healthy habits for growing bodies and minds. My kind of place! I immediately felt welcomed—they even let a stranger like me borrow their van and leave it at the airport later so I could go visit a local farm before heading “across.” 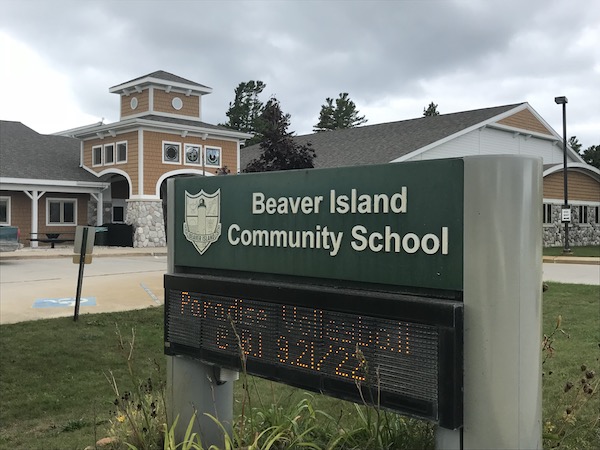 Washing dishes by hand ... and other details
When I walked into the kitchen past the waste bin and compost bucket, Kathie Ehinger was washing, by hand, the 50-plus red reusable trays and real silverware. We talked about barriers to getting the food she wants. (In our line of work we call these “standing meetings,” which sometimes happen around a cutting board known fondly as a “conference table.”) I told her that sometimes we at Groundwork have access to grants or stipends that can bolster school infrastructure, so we talked and walked through the kitchen to see what was working and what needs they have.

The school is doing several things to enhance nutrition and engage students. One of those projects is the student-led installation of a greenhouse on the property, which will also serves as a community garden. The greenhouse will allow the school to grow some of its own food. Kathie sources some produce from growers on the island, but there aren’t many to choose from. The tomatoes she serves, however, are local, from the farm down the road, and are what she calls the “filet mignon of tomatoes.”

Kathie takes in the tomato abundance in September and cooks it down and freezes it for later use in sauces—which, because it’s made from scratch, automatically reduces the added sodium and sugars that are found in the cans she would purchase otherwise from larger distributors. She could certainly capture more of the bounty of Beaver Island during the peak of the season if she had more freezer space. 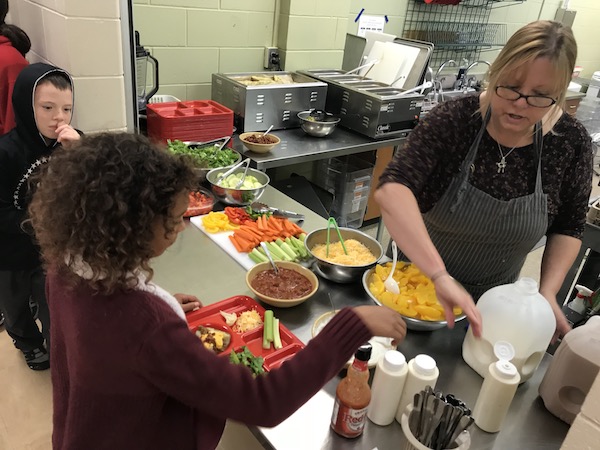 Where there are challenges ... there are opportunities ...
There are other challenges with larger distributors as well—she simply can’t get the fruits that she desperately wants to offer—and the distributor can’t guarantee that it’s grown by Michigan growers, which is a requirement of their recently acquired grant called 10 Cents a Meal (learn more about 10 Cents at tencentsmichigan.org). While I was there, Groundwork was able to connect Kathie to an area farm that was already familiar with the reimbursement program for school food service directors who purchase Michigan fruit, vegetables and legumes, started by MLUI/Groundwork in 2013. Groundwork is also going to help Kathie explore options to access more locally grown fruits and vegetables, like those grown by Providence Organic Farm in Central Lake, which already distributes CSA shares by plane to individuals on the island. Kathie is adamant that her students get the fresh options on the salad bar as close to daily as possible. She says that a majority of the students take a salad, and she’d rather feed them the most-local produce.

The number of lunches sold has risen since the school started focusing on fresh food: 7 students were eating lunch at the end of the 2016–2017, and now 35 of the 51 students are. Even parents are starting to come in for a meal. Superintendent Wil Cwikiel says that when sports teams visit, and the school hosts them and feeds them, they often remark about how good the food is—homemade spaghetti sauce was a recent favorite. The administrators are also in conversations with the Charlevoix County Commission on Aging about adding the school as a meal site option where seniors can use vouchers to eat a healthy meal alongside students. 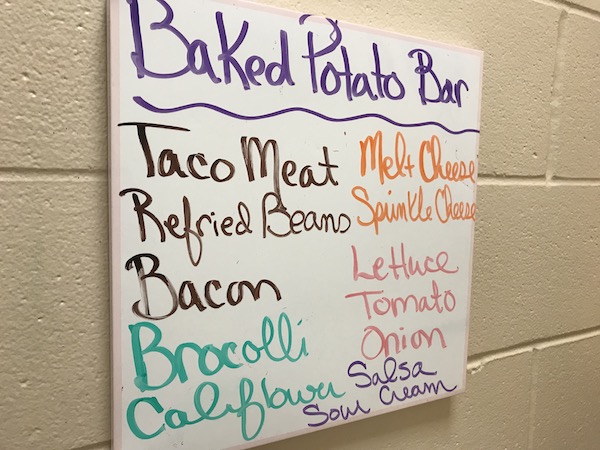 Food and trust work together
It’s apparent that Kathie has developed relationships with these students that have laid a foundation of trust. She’s encouraging, not judgmental, and works with individual issues around food and trying new things (she’s also the Health Occupations teacher, wearing many hats like most Beaver Island residents do). She might tell a student, “Well, you don’t like the kale today, but your taste buds are changing as you grow. Maybe you’ll like it next week!”

I tried the lunch too—it was delicious and featured fresh tomatoes, tri-colored bell peppers, onions, lettuce, cauliflower (which students voted on, and 71% of them loved it! 29% liked it, and 25% were brave enough to try a new thing), and pinto beans in a potato “boat.” Not much of it was found in the compost bin.

At one point, Kathie asked me, “Hey, does a pig count as infrastructure for that grant you mentioned?” Like I said, my kind of place!