The Michigan Department of Education (MDE) has chosen its 10 Cents a Meal for Michigan’s Kids & Farms grantees for 2020-2021, which includes several first-time grantees in Wayne County.

The application process reopened in January after an initial round of grantees were announced in December 2020, bringing the total number of grantees from across the state to 149.

“Feeding Detroit’s school children healthy and nutritious food grown right here in Michigan is a win for both our hardworking Michigan farmers and for DPSCD. Every child deserves access to the best fresh produce available, so I am so pleased and excited to see the 10 Cents a Meal program will be available here in Detroit,” said State Senator Stephanie Chang (D-Detroit).

The Michigan legislature and Gov. Gretchen Whitmer increased funding from $575,000 to $2 million for 10 Cents a Meal in the 2021 budget. Initially a pilot program launched in 2016, 10 Cents has been expanded so that it is available to schools statewide for the first time ever. Additionally, the program has been expanded to include early childhood centers as also eligible for the grant funding.

“The 10 Cents a Meal program offers a unique opportunity for our students to get highly nutritious produce and learn about the unique agricultural scene throughout our state,” Sen. Adam Hollier (D-Detroit) said. “Every child deserves access to healthy meals, and I’m proud of the hard work we have done in the Legislature on behalf of funding for this program to ensure that children have access to the delicious and nutritious tools they need to perform at their peak during the school day. I am excited for the program's continued expansion.”

“The 10 Cents a Meal program is an innovative tool to help nourish our children and also serves as an important investment in our state's local food systems,” said State Rep. Mary Cavanagh (D-Redford Twp.) . “I applaud the announcement of MDE's second round of 10 Cents a Meal grants, including several first-time grantees in Northwest Detroit and Redford Township. It's great to see an innovative program that can have an immediate impact on such a local scale, both for our schools and ECEs, and our urban and rural agriculture producers.”

Schools and early childhood settings are where children get up to two and sometimes even three meals a day. 10 Cents a Meal enhances those meals and also can support Michigan’s emerging local food system infrastructure which delivers products from local farms to local customers. The value of building that infrastructure, beyond creating more local jobs, became clear during the COVID crisis when national food supply chains faltered.

In addition to improving daily nutrition and eating habits of children through the school and ECE setting, the program is also an investment in Michigan’s agricultural economy and keeps our dollars circulating locally.

For the complete list of 2020-21 award grantees, visit https://www.tencentsmichigan.org/about.

For the Michigan Department of Education press release on the new 10 Cents a Meal grantees, please click here. 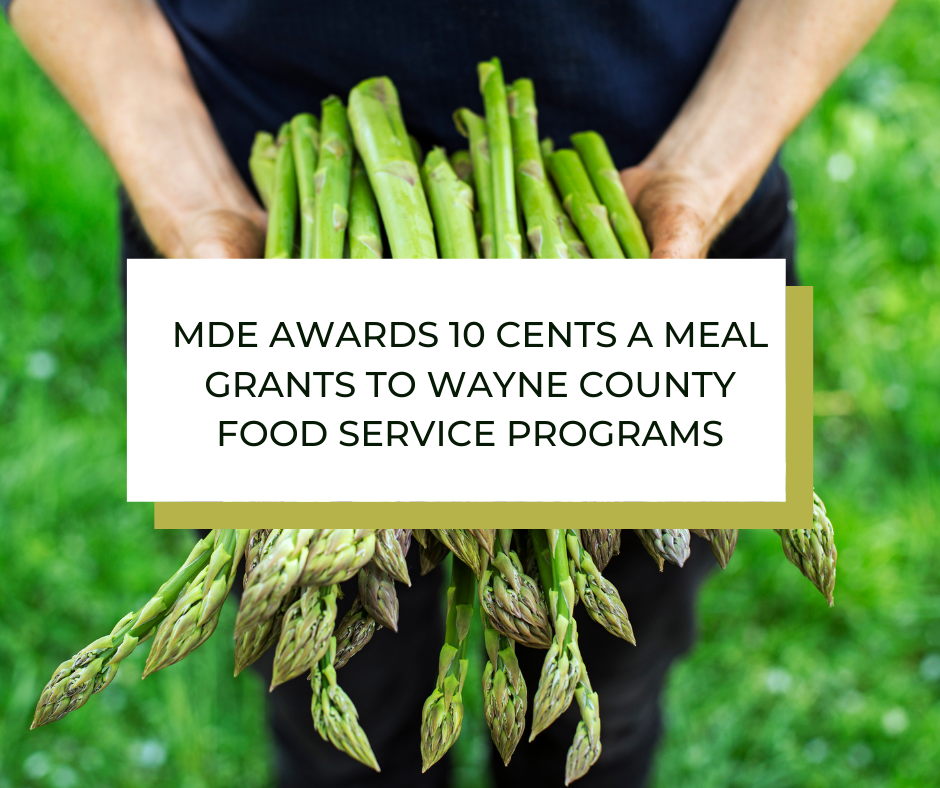