Ryan and Andrea Romeyn are part of a growing trend in some parts of the country of new, younger farmers choosing to work on smaller-scale farms and cultivate local markets. In business for 15 years, the Romeyns farm 20 acres of diverse vegetables in Antrim County north of Traverse City and employ 30 people, mostly part-time and seasonally. 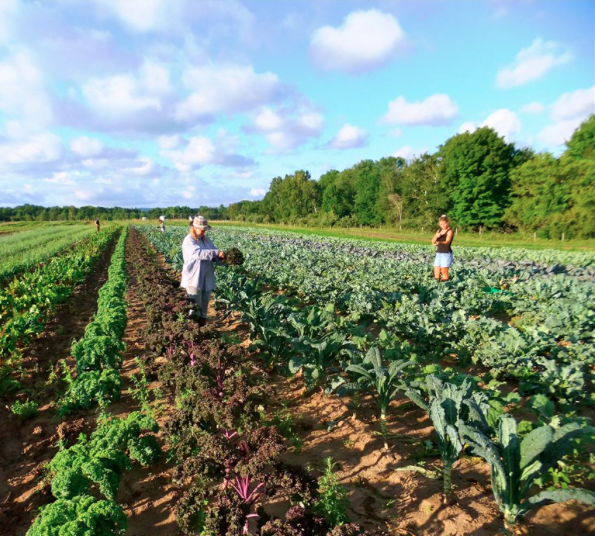 Last year, they sold 210,000 pounds of produce at farmers markets and to 355 families that “subscribe” to a full season of weekly boxes of fresh produce. They also sold to wholesale markets including local grocery stores, distributor Cherry Capital Foods, and schools.

“We’ve had a David and Goliath battle to form a viable business as a small produce farm in a place where food is shipped from all over the world at a fraction of the price it costs to produce it in northern Michigan,” Andrea Romeyn said.  “We’ve been especially keen on creating wholesale markets that reach more people. The 10 Cents a Meal* program has added reassurance to grow our business through loans for the building of a new barn and purchasing of more efficient equipment.  We have hope for expansion and longevity.”

The school programs also have increased sales for home use, she said.

“I’ve had more and more kids drag their parents over to my farmers market booth and request items like parsnips because they tried them in school,”