Taste Testing in the Classroom

In Leland Public Schools, Laura Miller, Student Advocate and Farm to School Coordinator, connects kids in the classroom to what Food Service Director Dave Ruszel is serving. She provides them with samples of items he plans to make, such as winter squash soup and kohlrabi snack sticks. At the same time, she teaches them how the nutrients in the foods affect their health, and how and where they were grown. 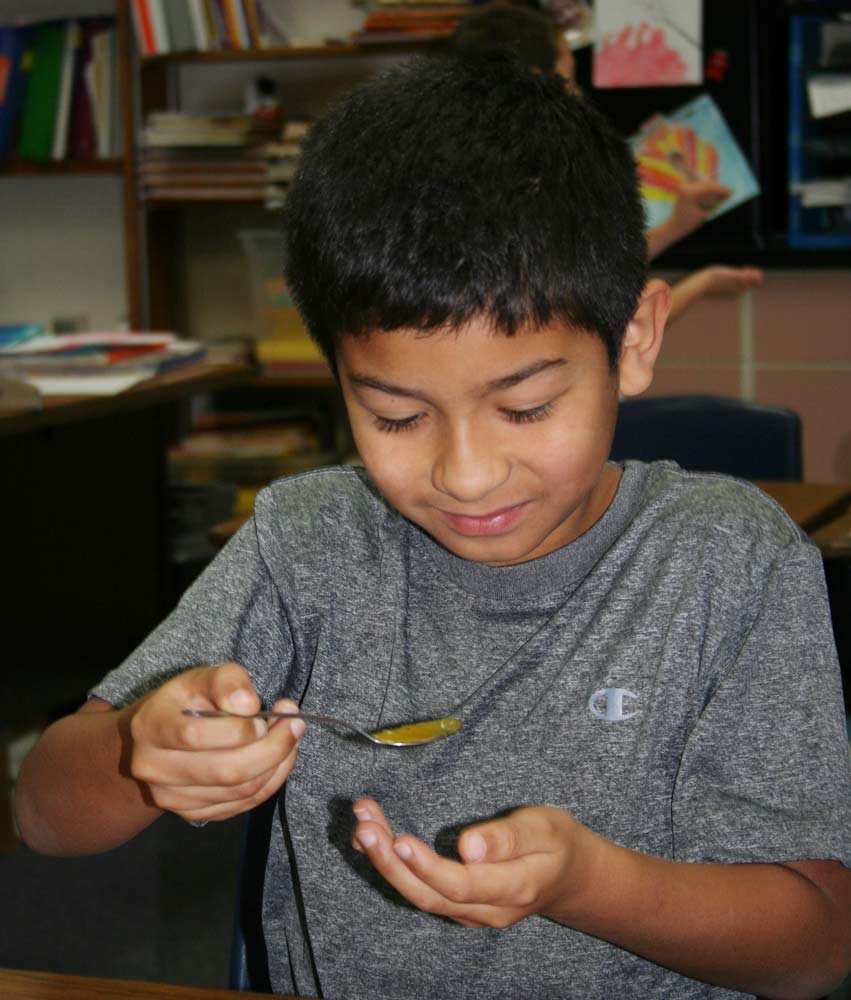 “Parents have told me numerous stories of how their children are identifying vegetables at markets and stores that they hadn’t even tried before,” she said.

Ruszel, too, is trying things with kids he never imagined he’d try before having the 10 Cents funding*, which makes a difference in what and how much he can buy. He serves apple-kale salad and kohlrabi sticks, for example. “We’ve put them on the salad bar and they fly. And, of course, the secret with those has always been the sampling we do.”

“It is very strange that kids like beets. I’ve put canned beets on the salad bar, and the kids don’t like them. But I do a fresh beet with olive oil and vinegar, and the kids love it.” —Dave Ruszel, Leland Public Schools

Leland Public Schools was among the schools in northwest Michigan that had been part of a local, three-year 10 Cents a Meal pilot project, for which grant funding ran out last June. That’s long enough for him to see lasting change in how students eat. His middle school students now readily eat healthy food because they were exposed to it in elementary school. He’s started to train the middle school students to conduct taste tests with their fellow students because Miller only serves the elementary grades. “The kids were missing it.”