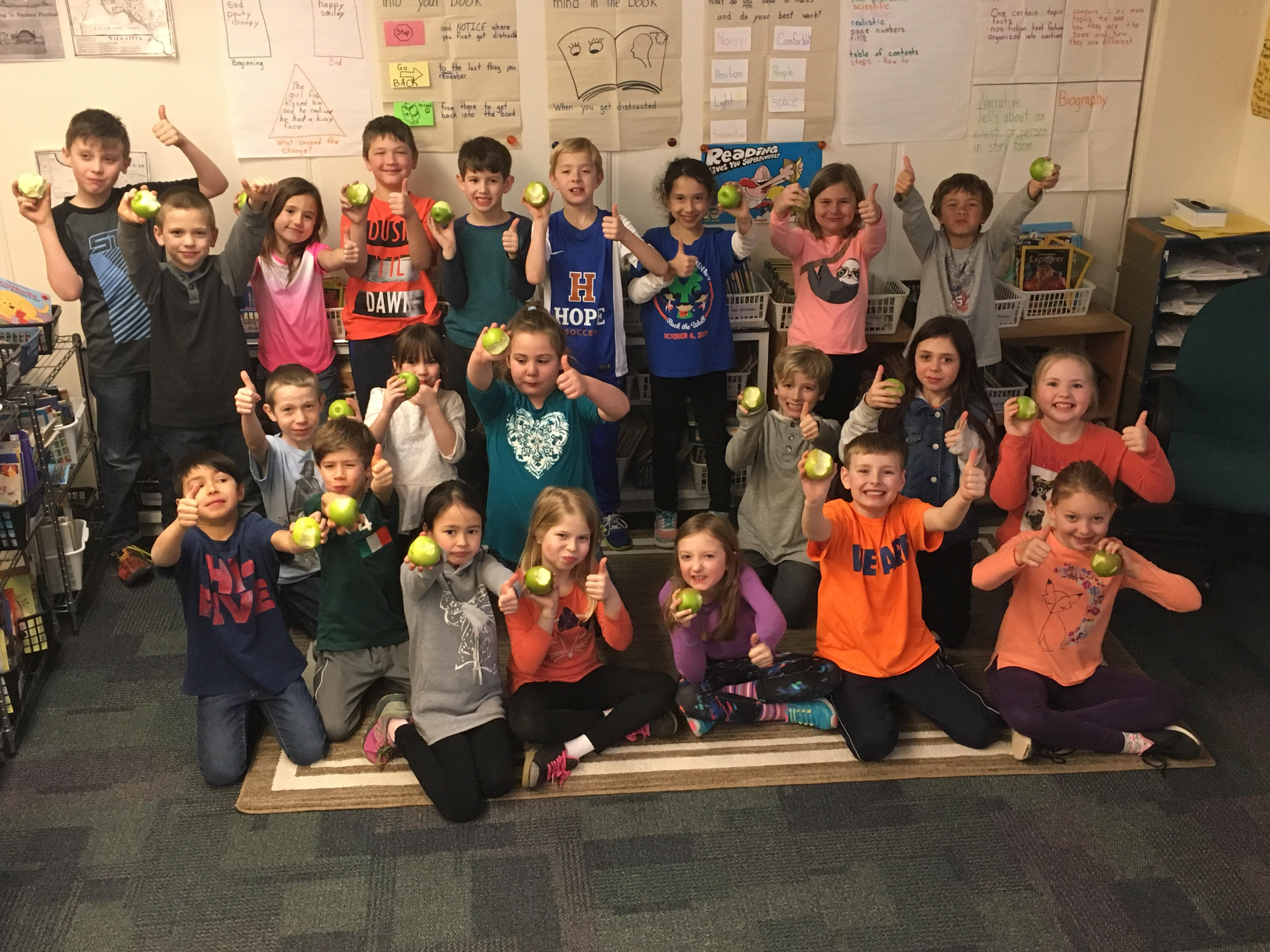 Traci Jackson’s second graders can’t stop talking about food. They are bragging about family recipes for asparagus and recommending potato salad instead of French fries. They are demanding succotash at school and at home. And Michigan farmers are to thank for the students’ newfound fresh-food enthusiasm.

On Fridays, Wall sends samples to classrooms and students taste the feature of the week together, exploring unfamiliar flavors and textures in a safe environment.

Teachers and peers are able to engage hesitant tasters one-on-one, making an impact on what students choose in the busy lunch line. Says Wall, “When we had the ginger honey carrots, one of my little girls said, ‘this is the first time I have ever liked carrots in my life!’”

Rising consumption of local produce boosts Wall’s confidence in sourcing more Michigan grown products. “We made squash one day [before launching the tasting program] and maybe 10 students tried it. Now that students have sampled it in the classroom, we are moving 100 servings,” she says.

Jackson says the weekly tastings have transformed her classroom culture.

Leftovers are auctioned off as a reward for students who are on task, and they love earning seconds. Jackson says the samples have provided a healthy reward for classroom management.

That’s not the only behavioral benefit she’s observing. “I wanted to encourage [my students] to take a risk that would lead to a positive outcome,” says Jackson, who has witnessed her students encouraging each other to be brave. “Kids know who the risk-takers are. When someone tries something and it was hard for them, they gather around saying, ‘way to go.’”

Wall makes sure to send farmer bios along with the healthy snacks, so students are getting a taste of what life is like for farmers in their state. “I think it’s really important for kids to know that there are real people behind the food that they eat,” she says.

Lessons about local economy align naturally with the second-grade curriculum, as Jackson teaches about goods, services, and human and capital resources. “[The tastings are] a great opportunity for me to tie in what we’re learning with who is producing what we’re eating right now,” she says.

Jackson was able to make a personal connection to one of the farmers Wall profiled. When she shared with students that her daughter’s father had helped build the barn at Victory Farms, the class got excited to make other connections with their local farm economy. Some students hunt for new ingredients they tried in the classroom at the farmers market.

That enthusiasm inspired at school is finding its way into the home kitchen. Wall shares, “One of the things I really liked when we did the parsnips was, not only did they really like them, but we had students requesting the recipe.”

Read more about the success Saugatuck Public Schools and other 10 Cents a Meal grantees are having in the 2017–2018 Report to the Legislature.

Educators can watch this webinar to learn classroom activities (vetted by curriculum specialists) that get students excited about new foods while also effectively meeting teaching goals.