Colleen Johnson, Food Service Director for Muskegon Public Schools and Muskegon Heights Public Schools, grew up in a rural part of Michigan, near Blue Lake. Her city students, however, haven’t had the same experiences she had eating fresh fruits and vegetables grown by area farms. 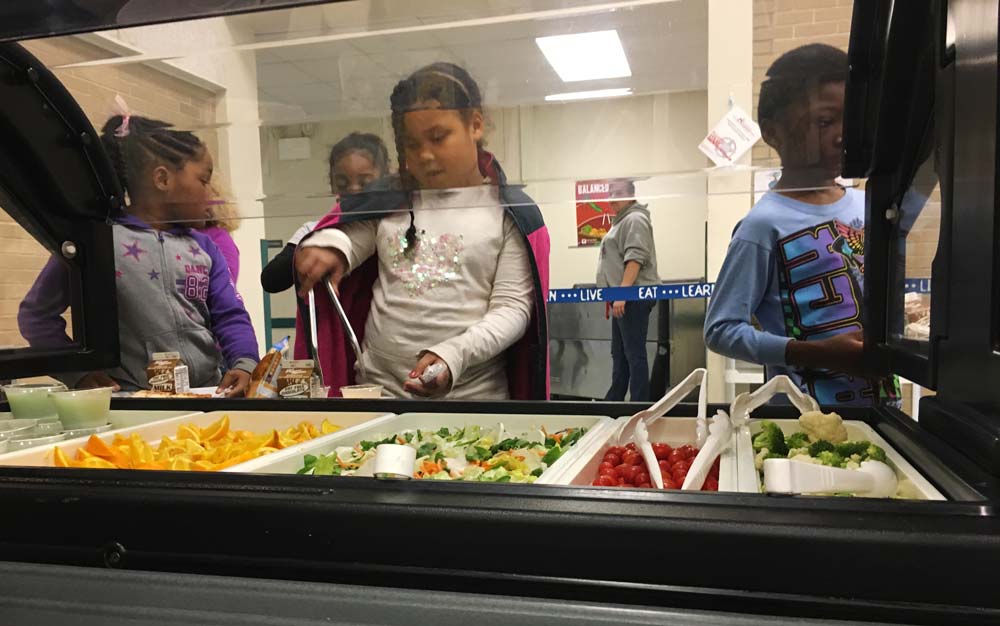 “We need to promote our state and its bounty,” she said. “When we used Michigan apples* rather than Washington apples our consumption went up sixty percent. They like them because they taste good. It is the same thing when we have peaches. When we had peaches, we had them on our fruit and vegetable bars for all of our buildings. At the elementary level, they picked it up and said, ‘What is this?’ ‘Well, it is a peach.’ Then they bite it and smell it and their faces light up. It was so much fun watching them.”